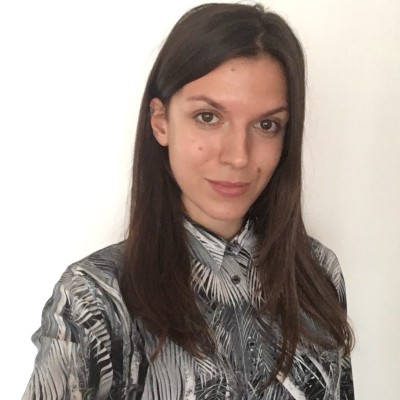 "My mission would be to alleviate period poverty and I would identify several key levers to target for long-term impact." - Polina Lorelli

I’m particularly interested in a number of areas within this sector. Firstly, wealth distribution because I think there is a long way to go to combat the current inequalities we’re facing, especially within the Global South and Global North divide.

And finally, avenues and opportunities that allow for impact to reach those who need it and are truly purpose-led, rather than the work that’s based on restrictive and bureaucratic models pretending to care.

I volunteer at my local food bank, called Humdingers Soup Kitchen. For me, the pandemic emphasised the fact that our circumstances are accidental, so we should help as many people as we can!

I’m someone who would classify herself as a third culture kid, I moved around a lot when I was younger and grew up all over the place.  Originally, I’m half Russian and half Italian, but London is where I became who I am today and a place that I call home.

I’m love making new connections, with people, places, art, anything really. I also have a soft spot for sunsets and sunrises!

What issues do you consider to be most prevalent to women globally?

That they aren’t listened to. I always had a problem with men making abortion laws for example. And generally, I feel that so often when we voice our concerns, problems, or experiences, they’re brushed off, ignored, or misunderstood. I’m delighted to be working at a place that aspires to change this every day.

If you were heading a fund especially for gender, what would be the first thing you would do?

My mission would be to alleviate period poverty and I would identify several key levers to target for long-term impact.

I would also have an exec team of women, but have men also work in the company. I think it’s important to have a mixed gender team.

What are some of the biggest barriers to progress in gender, justice, and global health?

From my perspective there are a few main ones, even though this can be a very long answer – firstly, the way that the funding model operates, with very little funding going to women-led organizations, especially in the Global South, making it difficult for them to progress.

Secondly, the fact that there are still too few women in leadership positions, luckily we’re moving in the right direction, though! This makes it difficult to build just systems, policies and therefore societies.

And thirdly, there is still a huge amount of gender-based deep-rooted bias towards women, slowing down progress globally.

What do you think are some of the solutions to these problems?

The ethos of my main client is systemic change, requires systemic solutions – I totally agree with this and I think the more we target the root of problems, focusing on the more long-term, sustainable change, the more likely we are to solve some of these problems.

Tell us something about you that we don’t know?

I was starting out as left handed, but they re-taught me in school because in Russia this was considered a disability in the early 2000s.

What three items would you take to a desert island and why?

Fireworks – so that I can cry for help and come home if I hate it or miss my boyfriend.

Migraine tablets – otherwise id be in a lot of pain!

String – so that I could tie palm trees together and make one of those cool floaty boats.

Song that always gets you dancing?

What is the best thing about working at GOC?

I could go on about this, but I’ll keep it short and sweet. Everyone is kind, understanding, hilarious, and supportive. The organization is also super transparent and honest with its employees, which I find invaluable.

Where are you going to be in ten year’s time?

Working for myself on a beach, maybe with a kid running around, who knows.